Settings For Integration with Autotask 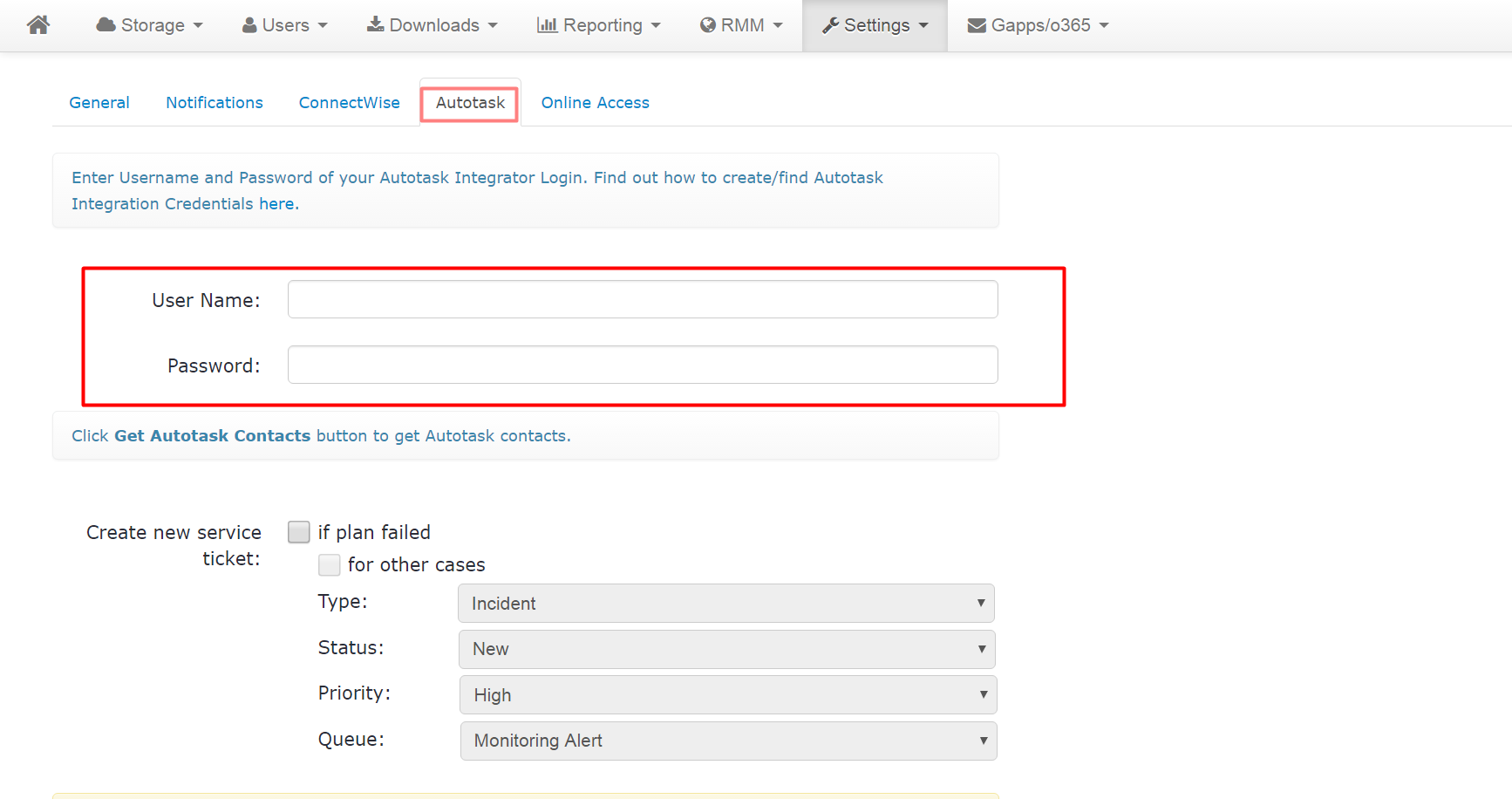 The other columns: MBS Integration Status, Bucket (or Container, or Root Folder), and Package are specific columns for Managed Backup, where:

If you change the name or company of imported contact on the "Users" page, the MBS Integration Status will show Modified.

Also, if you change the user email on the Users page (using Edit User), it will be considered a new user added and the Autotask contact's import status will be reset.

To set up Autotask ticket creation on Managed Backup events, in the Billing report settings group, provide the contract name, then set up the reporting settings according to your requirements in the Create new service ticket group

To learn more about the integration of Managed Backup with Autotask, refer to the Autotask section