This article covers the following topics:

GPT is a part of the EFI standard that defines the layout of the partition table on a hard drive. Forming a part of the Unified Extensible Firmware Interface (UEFI) standard, it is also used for some BIOS systems, because of the limitations of master boot record (MBR) partition tables. Compared to the commonly used Master Boot Record (MBR) partitioning scheme, GPT provides a more flexible disk partitioning mechanism.

GPT (or GUID Partition Table) is the updated version of the MBR table scheme that is available on computers with UEFI/EFI installed (not BIOS).

GPT disks are supported for the following Windows versions:

These disks can also be used to boot Windows, but only the following 64-bit Windows versions will boot from GPT disks:

MBR disks are supported by all Windows versions. Removable disks, such as USB drives, cannot be converted to GPT. These removable disks are always set as MBR.

During the conversion procedure, a sequence of the following actions is performed:

Note that Convert to MBR option is not supported on the following operating systems:

In case you have GPT disks in the cloud storage that need to be restored, and the target destination is Amazon EC2, you can enable GPT to MBR conversion since only BIOS boot is supported on these destinations.

Also, conversion from GPT to MBR is required when the target restore destination is an instance with old Windows 32-bit versions. For example, Windows XP 32-bit

To convert GPT disks to MBR layout, proceed as follows: 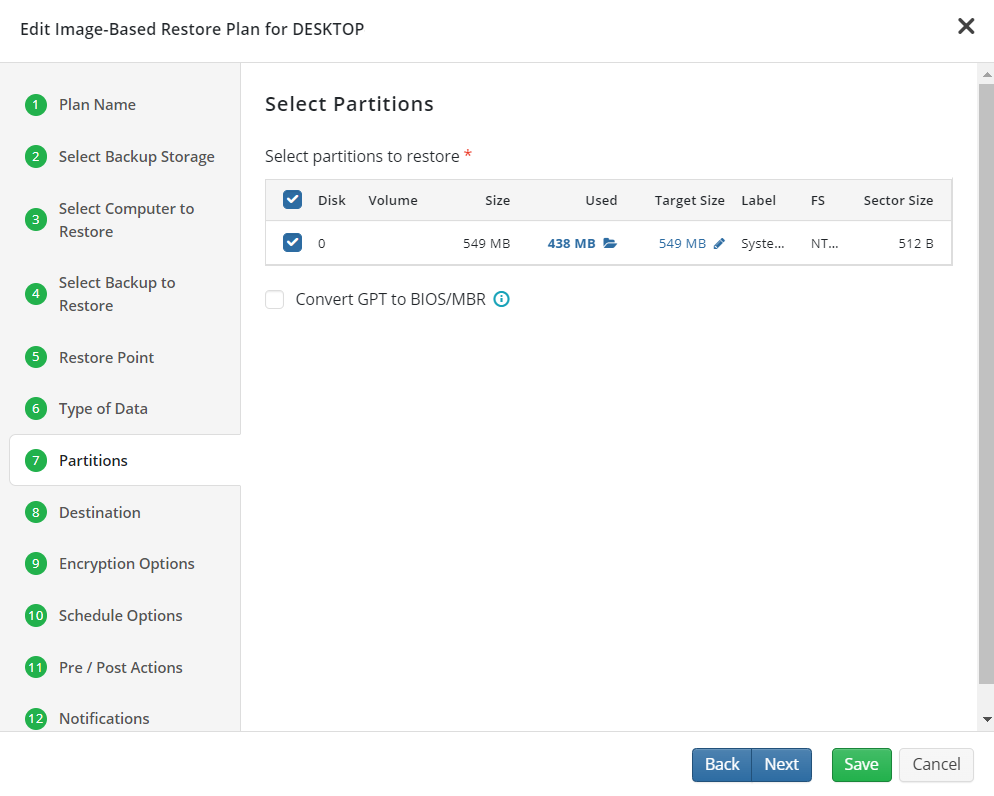 Note that the reverse conversion (MBR to GPT) is not implemented