The first backup is always a full backup. Full backup is a copy of the entire chosen dataset. Once you run a full backup, the selected data will be sent to the backup storage. Running only full backups each time is inefficient. It takes more storage space and time to complete than other backup types. That increases network and bandwidth load in the event of an offsite backup.

An incremental backup is a type of backup that copies only data that was changed since the previous backup. Unlike a full backup where all dataset is copied to the backup storage with every backup job, the incremental approach allows you to perform a full backup only once in a while. Every next backup will include only files that were changed since the most recent backup.

Block-level backup is a feature of incremental backup that allows uploading for only changed and added blocks instead of whole files. In order to do that, it uses snapshot technology. 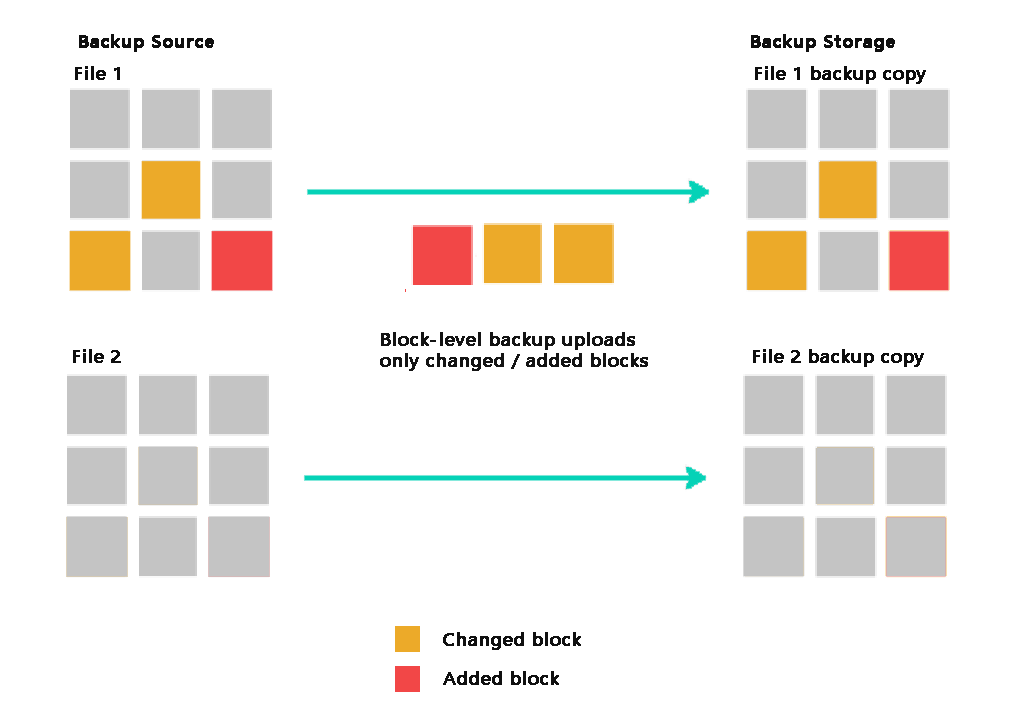 Block-level backup software reads data in the same sized blocks. New blocks are differentiated from the old ones via hashes. The backup software calculates these hashes separately for each block and then compares them to their previous value. If there’s a mismatch, the block is going to be uploaded to the backup storage.

Important: We recommend you to perform a full backup from time to time. That will start a new backup generation, thus making backups quicker to perform and easier to restore.